This year, Earth Overshoot Day fell on August 2, 2017. That means that humanity has already used up its allowance of natural resources -- water, soil and air that can be renewed by nature in a year. For the rest of the time till the end of the year, humans will be living on ‘credit’ in a deteriorating environment.

It is estimated that humans will need 1.7 planets to sustain the current way of life. With population growing and countries developing, the resources required to sustain humanity will be greater. The WWF (World Wildlife Fund) and Global Footprint Network calculate this statistic together every year and released this joint statement: “By August 2 2017, we will have used more from Nature than our planet can renew in the whole year. This means that in seven months, we emitted more carbon than the oceans and forests can absorb in a year, we caught more fish, felled more trees, harvested more, and consumed more water than the Earth was able to produce in the same period.”

Earth Overshoot Day has been calculated every year since 1986 but this year’s August 2 date is the earliest that the overshoot has occurred since records have been kept. It is becoming increasingly apparent that environmental issues are not trivial and will shape our societies and planet in the coming years. For now, we are consistently going down the path of pushing the planet to its ecological limit.

Public speaker and blogger about environmental affairs, Kathryn Kellogg said, “We’re borrowing time, or we’re going into debt, to borrow resources from the future to sustain our way of living to fulfill what we are consuming,”

As economies around the world grow, and societies consume more resources as people become prosperous, it is important to be aware of our ecological footprint. Governments around the world are picking up the baton and ensuring that companies follow environmental guidelines. Where such guidelines don’t exist, SMEs can take the lead and create best practices.

Changing the way we use our resources is inevitable. The current way is not sustainable. Let's be a part of this change collectively.

Lookup, the Skies are now open! 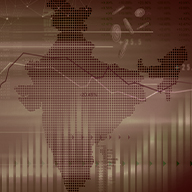 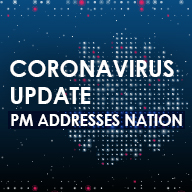 Want to read more on Environment?