Advantages of a Private Limited Company

A company is an artificial person created by law. It is not a human being but it acts through human beings. It is considered as a legal person who can enter into contracts, possess properties in its own name, sue, and can be sued by others etc. It is called an artificial person since it is invisible, intangible, existing only in the contemplation of law. Since a company is the creation of law, it is an artificial juridical person; it is clothed with many rights, obligations, powers and duties prescribed by law; it is called a ‘person’. In such a situation, it possesses only the powers conferred upon it by its Memorandum of Association, which is the charter of the company. Within the limits of powers conferred by the charter, it can carry out all acts as a natural person may do.

A private company may be formed for any lawful purpose by two or more persons, by subscribing their names to a memorandum and complying with the requirements of this Act in respect of registration

The benefits of a private limited company are:

A company is vested with a corporate personality, so it bears its own name, acts under that name, has a seal of its own, and its assets are separate and distinct from those of its members. It is a different entity from the members who compose it. Therefore it is capable of owning property, incurring debts, borrowing money, having a bank account, employing people, entering into contracts, and suing or being sued in the same manner as an individual.

Company as a person

A company is an artificial person created by law. It is not a human being but it acts through human beings. It is considered as a legal person which can enter into contracts, possess properties in its own name, sue and can be sued by others etc. It is called an artificial person since it is invisible, intangible, existing only in the contemplation of law. It is capable of enjoying rights and being subject to duties.

The privilege of limited liability for business debts is one of the principle advantages of doing business under the corporate form of organisation. The company, being a separate person, is the owner of its assets and bound by its liabilities. The liability of a member as shareholder extends to the contribution to the capital of the company up to the nominal value of the shares held and not paid by him. Members, even as a whole, are neither the owners of the company’s undertakings, nor liable for its debts.

An incorporated company never dies, except when it is wound up as per law. A company, being a separate legal entity, is unaffected by death or departure of any member and it remains the same entity, despite total change in the membership. Perpetual succession means that the membership of a company may keep changing from time to time, but that shall not affect its continuity.

Capacity to sue and be sued

Over and above the aforementioned benefits, there are also certain exclusive benefits which are only available to a Private Limited Company. These are mentioned as below:

Recently the Ministry of Corporate Affairs (MCA) brought about a transformational change in the company name reservation and incorporation processes. The project to transform the processing of Company Incorporation e-Forms was undertaken  wherein the Applications for Name reservation and incorporation of a company are processed and completed within 24 hours (one working day) in line with global best corporate practices. In this competitive business world, a private limited entity is the most appropriate medium for business expansion and growth bringing along with it some crucial benefits like:

EbizFiling.com is a motivated and progressive firm managed by like-minded people. It helps a variety of small, medium and large businesses to cater to all compliance requirements... Other articles written by Ravi Kariya 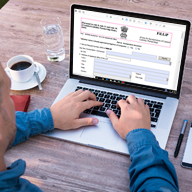 How to register an LLP in India? 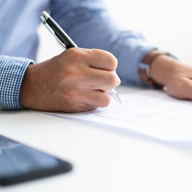 How to register a Proprietorship Company in India? 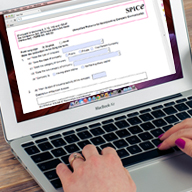 How to register Private Limited Company in India

How to convert cold calls to warm leads

Emerging issues on anti-profiteering under GST