Despite the burgeoning middle class in India, the retail sector has witnessed sluggish growth in the recent past due to shrinking margins and spiralling costs. Though several factors have contributed to the slowdown, the multilayered indirect tax regime has also played its part by creating a cascading effect of input costs. However, the imminent roll-out of the Goods and Services tax (GST) promises to simplify the indirect tax regime and ease the burden on the industry.

Conceptually, the GST has been introduced as a dual levy in India with the central GST (CGST) and the state GST (SGST) levied by the centre and the states respectively. In the case of inter-state supply, the transactions would attract the levy of integrated GST (IGST) which would be equivalent to the aggregate of the SGST and the CGST.

With respect to the retail industry in India, the regime will seek to resolve a few critical issues for the sector. However, there are a few red herrings which will need to be addressed.

1. Reduction in overhead costs: For the retail industry, rent and marketing costs are probably the two of the largest expense items. Considering that under the present regime, service tax paid on marketing and rent is not available as input credit against the output VAT liability, the increasing rental expenses have been a significant cause of concern as it directly impacts the bottom line. Under the GST regime, the availability of credit on GST paid towards rental and marketing would be available as set-off against the output liability on sales. This will help in reducing overhead costs, improving margins and effectively lowering prices for the end customers, all of which would go a long way in revitalising the sector.

The reigning in of the GST would hopefully solve this problem. The franchise fees will be added to the value of goods and consequently suffer customs duty. While the basic customs duty remains applicable, countervailing duty and special additional duty would be subsumed under the IGST. Further, the IGST would be available as credit against a retailer’s output tax liability. Further, since the tax liability on franchise fees would stand discharged at the time of import of goods, the retailer would not be required to pay any GST subsequently. The single incidence of tax on franchise fees would result in significant savings and crucially, it will reduce the possibility of dispute with customs authorities.

3. Reduction in the tax burden: Under the present regime, excise duty and VAT constitute approximately 30% of the final price of the goods and the retail industry, being a ‘soft industry’, absorbs the full impact of these taxes. Assuming that all existing credit constraints remain applicable, the 18%- 28% rate of GST presently proposed for a majority of retail items, would still reduce the burden on the sector. The lowering of the effective rate, coupled with the supply chain benefits which GST offers, the sector is set for an upswing.

4. Creation of a single market economy: Our federal structure has allowed individual states to concentrate on individual revenue collections at the cost of undermining any policy steps to help create a single market economy. The slow mutation of Value Added Tax (VAT) into the sales tax regime in the last 10 years bears evidence to this. However, industries now have a real opportunity to treat India as a single market as states are constitutionally bound to charge the same rate of tax on the same taxable value. Furthermore, this would translate into retail prices allowing consistent margin across states, assuming all other costs remaining same.

Even though the general impact of the GST would be positive for the retail sector, it is critical that the transition is planned so as to avoid any operational or financial exposures in the near future.

A few possible issues which need to be thought through in the upcoming months are:

1. Inventory planning: As the GST rate is expected to be higher than the present VAT rate, with the implementation of  GST, existing stock with retailers may suffer a higher rate of tax. This would create an immediate stress on margins as customer price revisions are unlikely.

2. Gift vouchers: Under GST, the liability for payment of tax for vouchers would be based on whether they are generic or specific in their end use. If the end use of the vouchers is certain, for example, if a voucher is redeemable against a specific product, the liability to pay the GST would arise at the time of sale of the voucher. As a corollary, vouchers redeemable against a multitude of stores or brands would be taxable at the time of redemption.

Depending on the segment catered to and the products, retailers may want to rethink the struc- turing of gift vouchers. Structuring of vouchers would help in deferring the tax liability and also help in immediate savings on working capital.

3. Supply of products under promotional scheme: During the festive season, the retail industry offers significant incentives to shoppers including complimentary gifts, especially for electronics. So far, VAT was not chargeable on such free supplies but GST stands to revise such tax treatment. Under GST, goods supplied free of cost would be required to be included in the taxable turnover, hence even though retailers may not recover any monies for the free goods they would be required to discharge their tax liability on the same.

Any festive schemes would require to be fundamentally designed, if the retailers do not want to pass the tax burden to consumers.

4. Input tax credit management: The requirement for reversal of input tax credit pertaining to exempt supplies has been retained under the GST law. Since many products sold through retail channel are exempt from payment of tax, retailers would need appropriate tax administration in place to ensure timely and accurate accounting of tax credits.

5. Vendor management: The GST law provides for availing provisional input tax credit by the purchasing dealer which will be finalised only after matching it with the output tax liability discharged by the supplying dealer. Due to this, it becomes imperative that the contractual arrangements with vendors are reviewed and modified to provide indemnity to cover credit risks.

Despite a few housekeeping issues, it is evident that the retail industry would gain significantly from the introduction of the GST. Though the mileage of benefits would vary for each segment of retailers, the transition necessitates a detailed impact analysis and appropriate planning to leverage all the benefits and reduce the possibility of disputes with tax authorities. Essentially, the retail sector has a once in a lifetime opportunity from a tax planning perspective. If it leverages the advantages, it would turn the corner and be a growth driver for the economy.

To explore business opportunities, link with us by clicking on the 'Invite' button on our eBiz Card.

Other articles written by STOrai Magazine 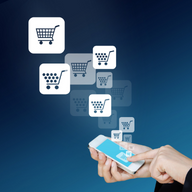 The rise and rise of Ecommerce 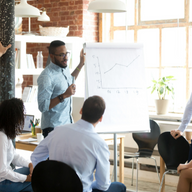 Back to the beginning

Rise of ecosystems in Asia