Situated on the northern coast of continental western Europe, Netherlands has an important role to play in world affairs. A hub of trade and commerce for several centuries, today, the Netherlands is a founding member of the EU, the Eurozone, G-10, OECD and the WTO.

The Netherlands economy is categorised as a market-based mixed economy ranking in the top 20 in the Index of Economic Freedom. Impressively, according to the International Monetary Fund, its per capita income was 13th highest in the world.

Continuing the tradition of being sea-farers and innovators, the Dutch have created a leading Global Knowledge Economy, solving challenges both at home and in the world at large with which they have considerable linkages.

Domains in which the Dutch excel that naturally lend themselves to; areas where innovation is required in the Indian economy are - agriculture and food, the chemical industry, energy, cutting edge technology, life sciences and health, logistics and, of course, water. Watch this video to learn more:

The Dutch, despite their relatively small landmass, are behind only the U.S.A in the production of fruits, crops, vegetables and flowers. They supply a quarter of the vegetables that are exported from Europe. Their success comes from the manner in which they renew agricultural production chains. A revolutionary model of ownership makes farmers full partners in the agricultural production chain and they are constantly innovating and finding new ways to ensure production is socially responsible and sustainable in addition to producing far more than what is required. ‘Climate Smart Agriculture’, an approach developed in Netherlands, which is relevant to the Indian experience, underpins and supports the Global alliance for food security.

Agriculture is a domain that is in dire need of innovation in India. India’s population is slated to grow to a point where it will be the most populous nation in a few years surpassing even China. Food shortage, sustainability and logistics related to food production are big pain points for the Indian economy. Dutch collaboration on enterprises could spark change in the way India produces its food helping the nation achieve its food security and sustainability goals.

The Dutch chemical industry is one of the most prized business sectors in the country. The Dutch play host to 16 of the largest 25 chemical companies in the world. Examples being AkzoNobel and Shell. Their ‘integrated’ model allows them to learn from each other, pool resources and continue innovating especially through the ‘open innovation’ plan. The modus operandi of the sector has a lot of learnings for the Indian experience. Collaboration with Dutch companies could be a game-changer for the indigenous chemical industry in terms of adopting best practices and innovating.

The Dutch have unparalleled experience when it comes to energy efficiency and are breaking new ground in the renewable energy sector especially when it comes to wind and water energy. Dutch industry is also one of the most energy efficient in the world. Leaders in Europe, when Europe leads the world, collaborations with Dutch companies and its Government could bring a much-needed impetus for India in its bid to attain energy security and become more energy efficient. India still needs to bring energy to vast swathes of its population. Solutions from the renewable sector will be much sought after and encouraged by the domestic government that will also look to wean itself of fossil fuel use. Business opportunities in this sector abound for SMEs looking to make a mark in the energy space.

Netherlands is one of the world leaders when it comes to innovation in technology. They are leaders in the field of nanotechnology - an area of knowledge, which has the potential to transform our way of life for the better. Netherlands has brought developments in areas such as water management, food, healthcare and automotive with its IT sector which is among the most vibrant and cutting edge in the world. They are second to none in their development of embedded systems technology that underpins much of our tech today.

Indian SMEs in spaces where they see a convergence can look for synergies with world leaders from the Netherlands in various domains of tech. The value-add would be substantial and would give a competitive edge over other players and would also have the advantage of advancing indigenous tech capability.

Life Sciences & Health
The Dutch, have one of the most developed life sciences and health sectors in the world and set the bar for Europe and the world. From research, to healthcare systems to technologies changing the way people approach health, Netherlands sets the bar. Areas where they lead are molecular imaging, medical informatics, biopharmaceuticals, vaccines and regenetrative medicine. These are all areas, which could enrich the Indian life sciences and health sector.

India has a bustling life sciences and health sector that sees pharmacological development and also the building of world-class hospitals. India still has great challenges in its healthcare, in terms of reach to a wider population that does not have access to healthcare and also improving upon healthcare in the cities. Dutch ingenuity could bring with it many solutions for SMEs looking to build synergies, which could provide solutions in both the urban and the rural setting.

Logistics
The Netherlands plays a crucial role in connecting the globalising economy by linking suppliers to consumers all around the world with their cutting edge infrastructure. According to the IMD Business School, Dutch maritime, air, road and rail are ranked 1st, 4th, 2th and 7th. The extensive use of IT to optimise process distinguishes this sector with a focus on sustainability that is unparalleled.

India is a vast country with significant logistical linkages that keep the country ticking. However, given the scale of India’s challenges, a lot can be learned from the Dutch example of how to grow, renew and maintain a sound logistics infrastructure. Dutch expertise in this realm would go a long way in assisting businesses that wish to take the logistics sector in India to a place where it fulfils and exceeds the country’s needs.

Water
Again, Netherlands is a world leader in water management. Accumulating knowledge of how to live close to the sea and below sea level has given the Dutch capabilities when it comes to managing water that few other countries can boast. There are three main domains of expertise - water technology, maritime technology and delta technology. These are relating protecting and reclaiming land, energy generation, water recycling and creating safe and efficient shipping.

Water scarcity (providing drinking water), land reclamation, coastal or after flooding and shipping are all areas that businesses could learn from the Dutch experience. There is a lot of scope for SMEs wishing to learn from Dutch collaboration in this sector.

Conclusion
The Dutch are world leaders in almost every realm that they have set about pursuing with vigor. Businesses in India can leverage this knowledge to give them a competitive advantage as they go about contributing to the economic life and the wellbeing of society in India. 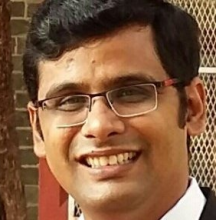 Digital Marketing is the Future

Thailand: A beacon of business opportunities